*You’ll have to excuse me for the lack of photos, but the beautiful yet dimly lit space, as well as the intimate environment of the restaurant, did not not allow for them. 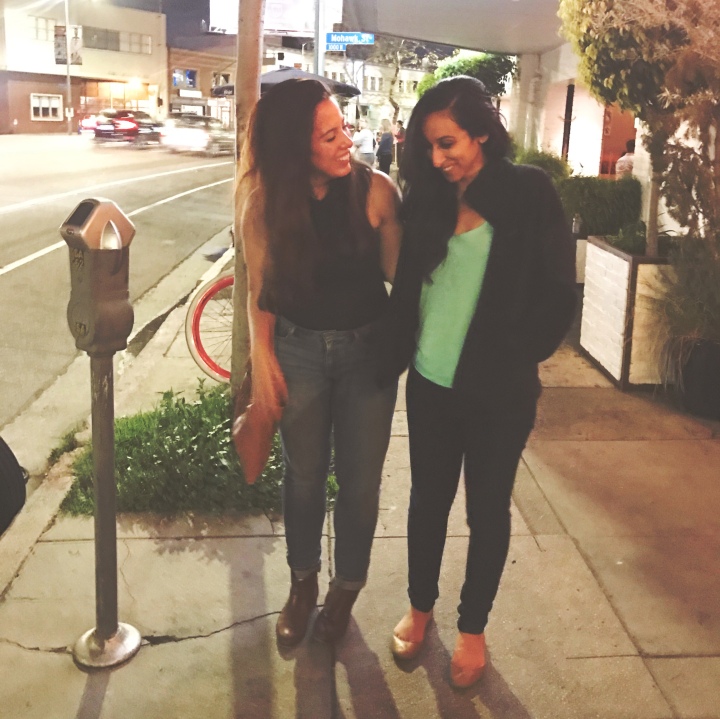 I don’t want to say that I’m generally disappointed when a friend embarks on a foray into some new diet restriction, but there’s always a little bit of “aghhhh” when I’m making dinner reservations. Gluten-free, meat-free, non-GMO, wheat free, paleo, raw, blah blah blah. Of course, I’ve tried all these things, but I can be easily swayed when a foie gras funnel cake is offered.

Anyway, when a friend  went meat free, I tried to finagle her into eating at Elf Café. The tiny vegan spot in tucked next to one of my favorite beer bars, Mohawk Bend. It’s so tiny that you almost always need a res. When I suggested it to my friend, I could hear her grimace over the phone. “Well, what about vegetarian? At least there’s cheese.” To which I almost threw the phone with “YOU’RE THE MEATLESS PERSON.”

Sorry – that was a bit of an unnecessary interlude, but I’ve been wanting to try Elf for like ever, since my vegan friend Devon raved about it as a romantic, high quality, delicious hideaway.

I finally got my chance this past week. Priyah, a best friend from college, and a fellow lawyer, had a trial that ended early and had a weekend to hang out in LA with me. A new vegetarian, I pitched the idea. A little reluctant at first, she folded and we got a reservation for 9:30pm, even though she was exhausted and may or may not have fallen asleep at the table.

Elf might be my new favorite place. The candlelit restaurant with a bit of a Moroccan feel is tiny with only 20 tables (so reservation recommended). With it’s open kitchen, Elf was cozy, intimate and felt so warm – warm as in friendly and idyllic (versus temperature).

We ordered a butternut tahini spread with fresh pita, grilled oyster mushrooms, charred spring onions with romesco, an almogrote with roasted red pepper over fresh bread, a red wine risotto and a spring chickpea and broccoli chaat masala. The meal was a bit starch heavy, partly because of what we gravitated too, but it was so filling and delicious.

Vegan food does food well. There is a focus on flavor that is lacking with meat heavy restaurants, which focus on ridiculously huge meat portions and the meat flavor to carry their plates. The food at Elf proved dynamic, beautifully presented and bursting with flavor. The wine list was extensive – we had an Anthill Syrah and the service was friendly and accommodating.

Having lived in Echo Park for a couple of years now, I’d really believed I had exhausted all the restaurant options – how very wrong I was and how very grateful I am for this little gem.